Macedonia has a fascinating past and a complex national identity. 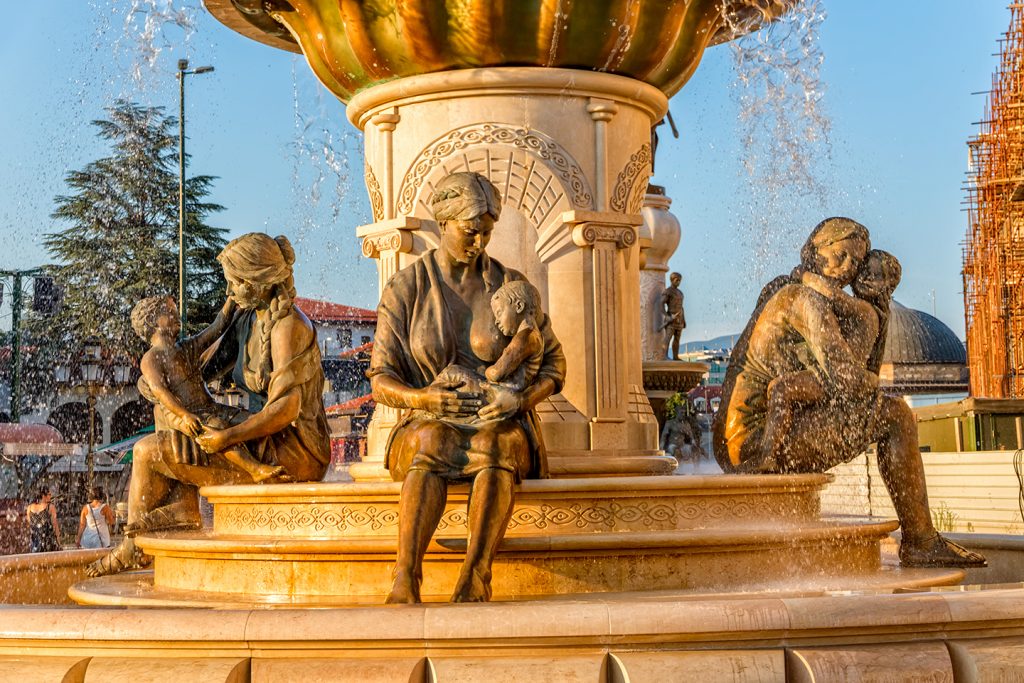 the Fountain of the Mothers of Macedonia

Part Balkan, part Mediterranean and rich in Greek, Roman and Ottoman heritage, Macedonia has a fascinating past and a complex national identity.

Glittering Lake Ohrid and its historic town have etched out a place for Macedonia on the tourist map, but there is a wealth of natural beauty in this small country.

Dramatic mountains have blissfully quiet walking trails, lakes and riding opportunities. The national parks of Mavrovo, Galičica and Pelister are cultivating some excellent cultural and culinary tourism initiatives; these gorgeous regions are as yet little explored, so if you want to get off the beaten track in Europe – this is the place. Tourist infrastructure is scant, but locals are unfailingly helpful.

Skopje’s centre has suffered from a building spree of grotesque faux-neoclassical monuments, buildings and fountains, funded by the previous government. Luckily, its Ottoman old town and buzzing modern areas are untouched and remain charming and authentic. Sublime Ohrid is Macedonia’s most seductive destination. It sits on the edge of serene Lake Ohrid, with an atmospheric old quarter that cascades down steep streets, dotted with beautiful churches and topped by the bones of a medieval castle. Traditional restaurants and lakeside cafes liven up the cobblestone streets, which in high summer can be very lively indeed. Outside of July and August, the tourist circus subsides and the town becomes more lived in.

Ohrid is small enough to hop from historic monuments into a deck chair and dip your toes in the water – a lovely little town beach and boardwalk make the most of the town’s natural charms. A holiday atmosphere prevails all summer, when it’s a good idea to book accommodation in advance. Ohrid’s busiest time is from mid-July to mid-August, during the popular summer festival.

Skopje has plenty of charm. Its Ottoman- and Byzantine-era sights are focused around the city’s delightful Čaršija, bordered by the 15th-century Kameni Most (Stone Bridge) and Tvrdina Kale Fortress – Skopje’s guardian since the 5th century. Don’t miss the excellent eating and drinking scene in Debar Maalo, a lovely tree-lined neighbourhood. 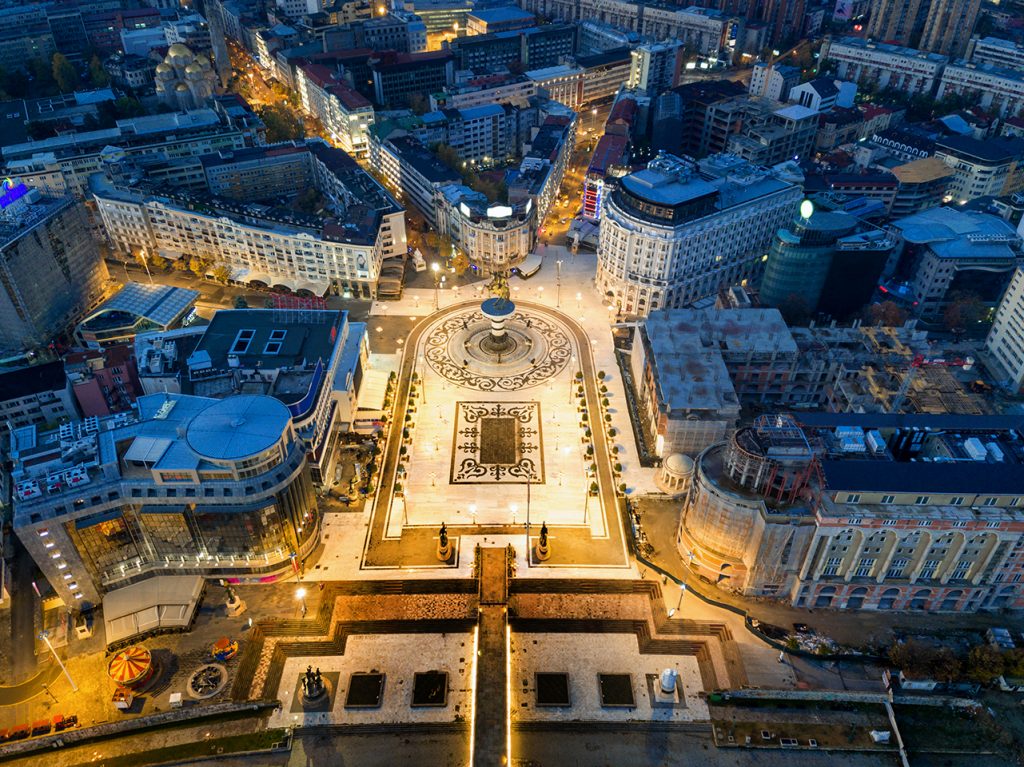 For most of its existence, Skopje has been a modest Balkan city known for its rich local life, but the last decade has seen its centre transformed into a bizarre set design for an ancient civilisation. Towering warrior statues, gleaming, enormous neoclassical buildings, marble-clad museums, hypnotic megafountains…and plenty of lions.

This is the result of a controversial, nationalistic project called ‘Skopje 2014’ implemented by ex–Prime Minister Nikola Gruevski. Some of the buildings along the riverbank are already suffering flooding and have unsteady foundations.

Buttressing Pelister National Park, elevated Bitola (660m) has a sophistication inherited from its Ottoman days when it was known as the ‘City of Consuls’. Macedonians wax lyrical about its elegant buildings, nationally important ruins and cafe culture – yet as far as tourists are concerned it’s still a little off the beaten track.

Crumbling and colourful 18th- and 19th-century townhouses, coupled with an authentic, workaday Čaršija (Old Turkish Bazaar), make Bitola worth a day trip or an overnight stay if you’ve made it as far as Pelister’s westerly mountains for some hiking.

Join the locals in sipping a coffee and people-watching along pedestrianised Širok Sokak, the main promenade and heart of the city, and explore the wonderful Čaršija. Don’t miss visiting the ancient ruins of Heraclea Lyncestis, one of the country’s best archaeological sights.