You will meet with our local guide at the Belgrade Airport. Transfer to your hotel, check inn and free time for leisure. Dinner will be served at the hotel for you and for your travel partners. Accomodation at the hotel in Belgrade

Breakfast at the hotel. After, we will start our Belgrade City Tour. We will get our lunch at local restaurant during our city tour. End of the tour we will transfer back to hotel and freetime for leisure. At Evening, meeting at the hotel lobby for our dinner transfer. We will get our dinner in traditional Serbian Restaurant with live traditional music. End of the dinner, return back to hotel and freetime. Accomodation at the hotel in Serbia. 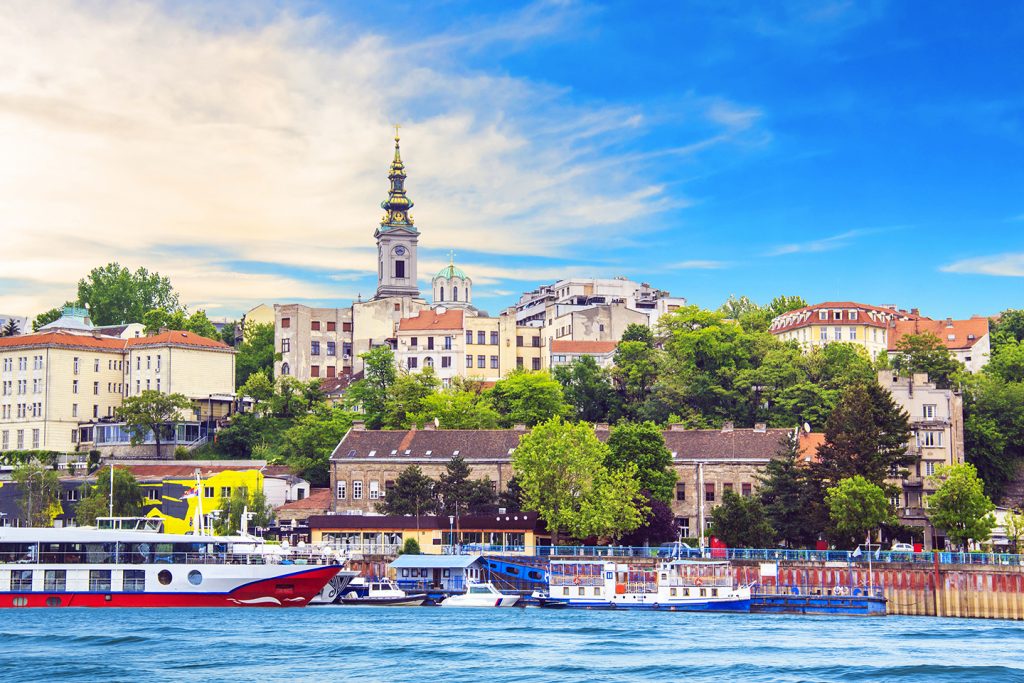 Breakfast, and chek out from the hotel. Continous way to Niš (237 Km – Approx : 3 Hour), one of the most beautiful historical city in Serbia. City tour and lunch, after transfer to hotel and freetime for leisure. Dinner and accomodation at our hotel in Niš. 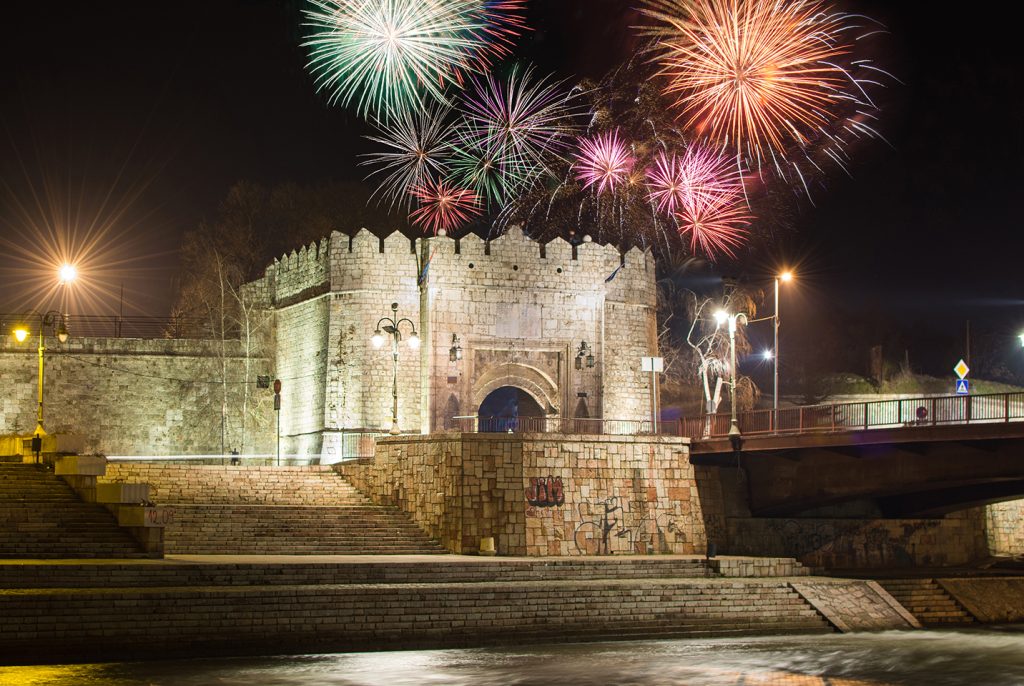 After breakfast check out from hotel and start way to Skopje, capital of the Macedonia (214 Km – Approx: 3 Hour). After arrival, we will start our city tour at Skopje and we will have our lunch during our tour. End of the tour, transfer to your hotel, check inn, free time and dinner in hotel. Accomodation at the hotel in Skopje.

**Skopje City Tour : Listen as your guide tells you about the square’s many important monuments and sculptures. These include the statue of Tzar Samuil, ruler of the First Bulgarian Empire, and statues of Goce Delchev and Dame Gruev,  two leaders of the Macedonian liberation struggle in the beginning of 20th century. Head out to the main pedestrian street in Skopje and visit the Memorial House of Mother Teresa, who was born in Skopje. Cross the Vardar river via the 15th-century Stone Bridge from where you can see more sculptures of figures from Macedonian history.  Continue walking to the old part of the city and to the Old Bazaar to explore its stalls and Ottoman architecture. Visit the most famous church in Skopje, Sveti Spas, the Church of the Ascension of Jesus, with its wood-carved iconostasis.

Breakfast, and chek out from the hotel. We will move to Sofia which is the capital city of Bulgaria (243 Km – Approx: 4 Hour). Arrival and start to city tour in Sofia. After tour, we will transfer to hotel, check inn and freetime for leisure. Dinner will be served in our hotel. Overnight in Sofia 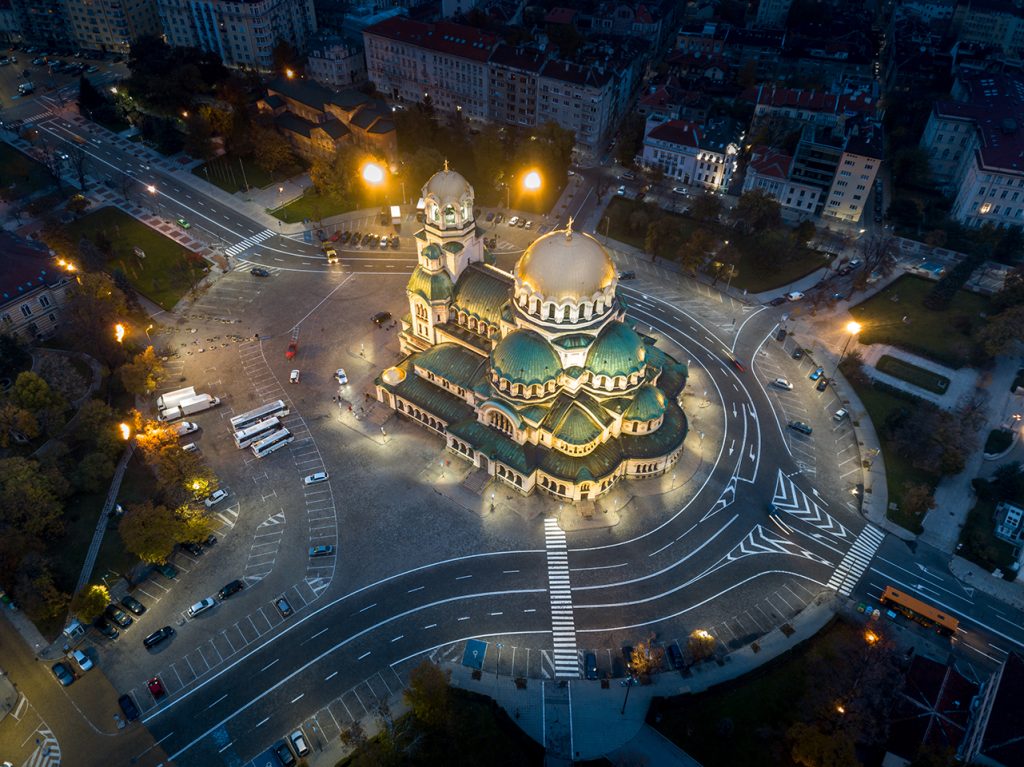 After breakfast check out from hotel and start way towards Edirne, Turkey. After arrival we will have city tour in Edirne. We will have our lunch at local restaurant during the city tour. End of the trip, transfer to hotel, Check inn and freetime for leisure. At Evening, meeting at the hotel lobby for our dinner transfer. We will get our dinner in traditional Turkish Restaurant with live traditional music. End of the dinner, return back to hotel and freetime. Accomodation at the hotel in Edirne.

**Edirne City Tour : The Edirne tour starts with an early departure from Istanbul, as you will have a nice drive ahead of you, first alongside the European Cost of the Marmara Sea, and then towards inland Thrace. You will witness the unique countryside lifestyle at this region. Major sights to visit in Edirne are; The Selimiye Mosque, the masterpiece of Architect Sinan and The Üç Şerefeli Mosque, as well as the The Covered Bazaar. Edirne served as the capital city of the Ottoman Empire from 1365 to 1453; until the Ottoman conquest of Constantinople (Istanbul) which became the empire’s new capital. This beautiful city is famed for its many mosques, elegant domes and minarets; and it contains the ruins of the ancient palace of the Sultans. The Selimiye Mosque, built in 1575 the master architect Sinan,his masterpiece by his own words, is located in Edirne as well. It has the highest minarets in Turkey, at 70.9 meters, of an altogether grandiose appearance, and a cupola three or four feet higher than that of Hagia Sophia in Istanbul.

Breakfast at the hotel and check out. We will moving to Istanbul, capital of the culture and heritage of modern Turkey (237 Km – 3 Hour) . Once we reach to Istanbul , we will start our heritage tour in Istanbul. We will have our lunch during the tour. After trip, we will transfer to hotel and check inn. Dinner will be served in our hotel. Accomodation at the hotel in Istanbul.

**Istanbul Heritage Tour : We will discover many heritage for Turkish History on this tour. We will visit, Hagia Sophia, Topkapi Palace, Grand Bazaar, Blue Mosque, Hippodrome of İstanbul, Tour of “Sultan Ahmet Center”, the heart of the “Old City” from where the Byzantine and Ottoman Empires were ruled. Hagia (St.) Sophia, one of the greatest marvels of architecture, constructed as a basilica in the 6th century by Emperor Justinian.Built in 537 by Byzantine Emperor Justinianus,  St.Sophia has been the largest cathedral in the world for nearly a thousand yeras; it is considered the masterpiece of Byzantine architecture;after having been the Patriarchal basilica of Constantinople, it was converted into a mosque in 1453 by Sultan Mehmet II. the Conqueror and in to a museum by Atataurk in 1935. Blue Mosque, facing Hagia Sophia, famous with its blue Iznik tiles and unique with 6 minarets, built in the name of Sultan Ahmet. The last great imperial mosque of the classical period; it is name comes from 20.000 marvellous blue-toned Iznik tiles decorating the interior walls. Hippodrome, center of sportive (chariot races, athletics) events and political activities of the old city. Obelisk of Theodosius, Serpentine Column, German Fountain of Wilhelm II are the monuments decorating Hippodrome. Lunch at the Special Turkish Restaurant Topkapi Palace, this extraordinary and secret palace was the residence of the Imperial Ottoman Sultans and the center of the Ottoman might for nearly 400 years.The building are a typical example of Ottoman architecture and the rooms exhibit rich collections of porcelains, robes, weapons,shields,armors,Ottoman miniatures, Islamic calligraphic manuscripts as well as Ottoman treasures and jewellery. ( Treasury and Harem sections are not included in the program and are due to extra entry ) Grand Bazaar, the largest covered narket in the world with more than 60 streets and 4.000 shops, where you may find in a authentic oriental atmosphere all kind of gifts, leather clothing,rugs and kilims, antiques,jewellery,hand-woven fabrics etc…

Breakfast at the hotel. After, we will start our Two Continents and Bosphorus Cruise Trip. We will have our lunch at local restaurant during the our trip. End of the trip, transfer to hotel and freetime for leisure. Dinner will be served in our hotel. Accomodation at the hotel in Istanbul.

**Two Continents and Bosphorus Cruise Tour : From your hotel, Head to your boat for a sightseeing cruise at the inlet to the Bosphorus Strait and Golden Horn, which splits European Istanbul apart. Get your camera ready to snap selfies as your boat traverses past Istanbul’s top attractions. See the vast Bosphorus Bridge, Rumeli Fortress, and Dolmabahçe. Then, gaze over towards the Asian coastline and relish views of mosques and elegant mansions. In the afternoon, hop off your boat in Asia on the Bosphorus coastline for a delicious 3-course lunch at a scenic restaurant. Next, climb by coach to Istanbul’s peak, Camlica Hill, and savor a stunning panoramic vantage point that captures the elegance of Istanbul. Continue back across the Bosphorus Bridge for a guided tour of Dolmabahçe Palace. Learn about the Ottoman sultans that once lived here. Then, glimpse into a world of opulence and luxury as you saunter by chambers, the Crystal Staircase and revel at the gaudy array of the sultan’s wealth in Medhal Hall.  Leave the palace and head back to your hotel by coach where your tour ends.

After breakfast, we will check out from the hotel. Transfer to Istanbul airport for your flight home…