Floating clubs on its rivers have become synonyms for great parties and neverending fun, and Skadarlija, the bohemian street, for a place where music and singing can be heard until dawn. And yet, Belgrade is one of the oldest cities in Europe. This “white city” is the only capital built at the confluence of two big rivers – the Danube and the Sava.
Belgrade is a modern european city with population of about 1.7 million people. It is an administrative, political and cultural center of the country. The sessions of Serbian parliament and government are being held in Belgrade, and the office of the President is also in it. The buildings that host these institutions are themselves monuments of great cultural importance and therefore a part of every visitor’s itinerary. 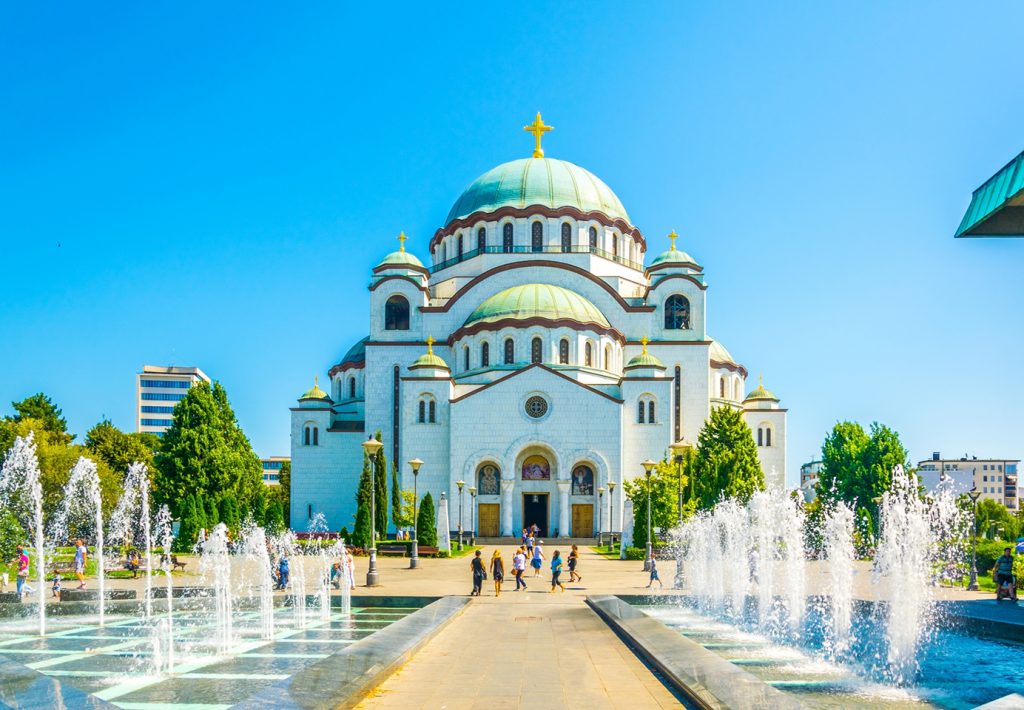 The place where Belgrade is today has been inhabited from ancient times. One of the cities quarters, Vinča, is the home of prehistoric culture of the same name. Nowadays in it this part of the city you can find an archaeological site perfect for all those interested in very distant history. After this period, many tribes and nations have lived in the area – the Celts have called their settlement Singidun but the Slavs named it “The White City”. Since then, it has been known by many names – Alba Bulgariae, Alabanandor, Nandoralba, Nandorfejervar, Griechisch Weissenburg, Alba Graeca, Castelbiancho… but the name of the fortress that, when looked at from the Pannonian side and the rivers appears white, remained until today: WHITEcity (BEOgrad – Belgrade).
All the people that have lived here and the armies that passed through Belgrade have left their marks on the city, and the magnificent Victor monument, the remains of the Belgrade fortress, the Stambol gate, the Old Palace and many other sites of Belgrade are inviting you to discover them.The city never stops growing, and when it has crossed the river Sava, it became “new”. New Belgrade (Novi Beograd) is the center of Serbia’s business. The seats of numerous international companies can be found there, but also major shopping malls and the Belgrade Arena – the largest hall in the Balkans – that has already hosted some world famous events like the Eurosong contest, Summer Universiade, Davis cup finals…

In Belgrade you can also find one quite specific monument – “The house of flowers” (Kuća cveća). It is the burial place of Josip Broz Tito, the former president of Yugoslavia and a person that has marked the second half of the XX century in this part of the world. Whether due to their nostalgia or just simple curiosity, this monument attracts a great number of visitors from the region, but also from the world. And if you visit some of the many historical museums in Belgrade, you will get a pretty good picture of everything that has happened here throughout the ages. Then you might be able to understand better the way of life of the local population, their customs and mentality. Still, Belgrade is most famous for its vibrant nightlife and the vast variety of options it offers for having fun, especially to young people. Here you can find your own place of joy no matter what kind of music you prefer, how much money you have or what kind of food you like to eat. There is something for everybody: from modern restaurants, “splavs” (floating river clubs), alternative music clubs and theatres to famous “kafanas” (traditional Serbian taverns) of Skadarlija. 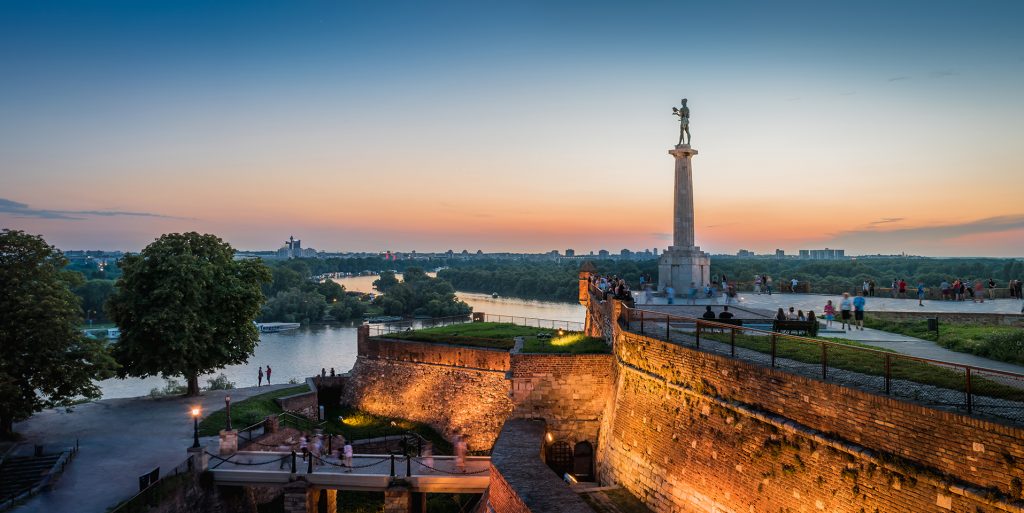 One of Belgraders’ most popular picnic and excursion destinations is mount Avala – located not far from the city. The other is Ada Ciganlija, a river island turned into a peninsula with a promenade and a beach that surround the lake in the center. It is a perfect destination to cool down during hot summer days.

Belgrade is interesting every time of year, but it is most beautiful in springtime – the temperature is around 20 degrees Celsius, everything is just flourishing and providing a perfect setting for long walks and sightseeing. If you choose to visit the city in the fall, don’t miss the traditional Belgrade book fair that takes place every year in the end of October.

How to get to the capital of Serbia?
The national airline Air Serbia, as well as many international airlines have regular flights to many world destinations, from the “Nikola Tesla” airport.
The regular bus routes connect Belgrade with all the regions of Serbia. There are also many international buses which go to the neighbouring countries and most European countries.
If you are going to Belgrade by car, then follow the E-70 and E-75 European motorways. Because this city is at the intersection of these roads.
The wide network of railroads connects Belgrade with all parts of Europe, and many parts of Serbia with day and night trains.
Many European companies organize cruises on the Danube to Belgrade.

When you are already here don’t miss…
The Belgrade fortress which is the symbol of Belgrade, and in it visit the upper city in which you can find the Despots gate, “Sahat kula”(clock tower), the roman well and the statue of the Victor. In the lower city, you can see Nebojša’s tower, Amam- the Turkish bathroom and the gate of Charles the 7th are located.
Take a walk along the Belgrade Bohemian quarter- Skadarlija and enjoy the specialities of National cuisine in one of the Kafana’s (traditional tavern)
Walk along the Zemun quay to Gardoš where the remainder of the Zemun fort is- The beautiful tower of Sibiljanin Janko.
Take a walk from Kalemegdan over Knez Mihajlova street Terazije, then over king Milans street and the Slavija square to the magnificent Saint Sava temple, that way you wil also get to know the centre of town.
Cruise the Belgrade’s rivers or simply go kayaking.
In mid august don’t miss Belgrade Beer Fest on the confluence, one of the most visited festivals in Serbia.